The Road to Abilene is Paved with Good Intentions (Abilene Paradox)

Let’s Take a Ride Down  to Abilene:

As the old saying goes often we”… go along to get along…” in order to avoid conflict. However, is harmony coerced by social pressure really the best approach to decision making? Especially when the stakes are high? All too frequently we end up making decisions that conform to our peers and superiors reflecting the phenomena known as groupthink. What happens when a group of individuals makes decisions predicated upon the assumed preferences of the group? For good measure let us add the hypothetical dimension that all the other members of the group do the same; however, no one truly believes that they are making a good decision. Yet collectively as a group, they proceed despite their misgivings.

The recently detailed scenario sounds completely absurd. Such a situation is antithetical to reason and too farfetched to be a common occurrence. In reality, it is exceedingly common. The prevalence of this phenomenon spans the pressure cookers of boardrooms and battlefields to the bedroom. Exampflying the fact while humans have the capacity for reason, we are not inherently reasonable. This fallacy afflicting internal group dynamics goes by the moniker of The Abilene Paradox. The phrase was first coined by a social psychologist and professor of management science by Jerry Harvey in 1974 [1].

Professor Harvey named the paradox after an ill-fated drive to a cafeteria in  Abilene, Texas. Harvey, his wife, and his in-laws had spent the hot July afternoon playing dominoes and drinking lemonade. Then Harvey’s father-in-law makes the suggestion to make the 106 miles/ round trip to the cafeteria in Abilene. Did I mention it was 104 degrees Fahrenheit on that very afternoon?  Plus,  per Professor Harvey:

I thought, “What, go to Abilene? Fifty-three miles? In this dust storm and heat? And in an unairconditioned 1958 Buick?” [2]

Certainly has all the ingredients for a joyful road trip, doesn’t it? Oppressive heat and dangerously inclement weather, unfortunately, circumstances don’t improve. The food was abhorrently bad so much so that Harvey stated:

The food at the cafeteria provided first-rate testimonial material for antacid commercials.  [3]

After the long and daunting trip back to Coleman, Texas there was a long bout of Silence among  Harvey and his reluctant journey companions. Harvey then sparks a contentious conversation by blurting out ““It was a great trip, wasn’t it?” [4].  Unwittingly, spurring an argument that raged until the wee hours of the morning. The truth reared its ugly head, no one really wanted to undertake the pilgrimage to Abilene for subpar food. Rather,  everyone agreed to well based upon the assumption that everyone else really wanted to go. Once the truth came to light tempers flared and finger-pointing ensued. 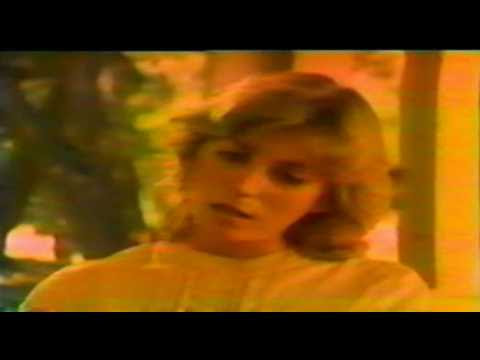 Why Are We Susceptible to Such a Fallacy?

While many may see the Abilene Paradox as a predominately psychological phenomenon,  I would personally classify it as a logical fallacy with a strong basis in psychology. Acting upon a set of information you know is faulty or that will lead to ruin is the abdication of reason. Even if agreeing with the group is intended to appease everyone, it will invariably yield detrimental results. We attempt to rationalize such an erroneous abandonment of consequential commonsense by reassuring ourselves that we are conforming to the will of our peers and superiors.  Not only are we making an error in judgment by agreeing to actions that we already know will yield poor results,  but it is also incorrect to assume that all parties are on board. Each of the individuals in the car ride to Abilene did not have sufficient evidence to conclude that they were the odd-man-out.  The only one with apprehensions about taking the long and arduous trip to a third-rate cafeteria. It was patently obvious that the conditions were a recipe for a miserable trip, but no one spoke up.  Odds are if something is saliently problematic you aren’t the only individual who thinks so.

“The nail that sticks out gets hammered down.”  [5]

This Japanese proverb does not lend itself to sound and pragmatic decisions in the boardroom. However, it does provide some insight into why we surrender our facilities to such absurdity. Professor Harvey makes the counterintuitive claim that this paradox arises from mismanagement of agreement rather than from conflict [6]. Harvey views this being at the core of this perplexing quirk of human interaction with 6 sub- symptoms.

1. Organization members agree privately, as individuals, as to the nature of the situation or problem facing the organization. For example, members of the Abilene group agreed that they were enjoying themselves sitting in front of the fan, sipping lemonade, and playing dominoes.

2. Organization members agree privately, as individuals, as to the steps that would be required to cope with the situation or problem they face. For members of the Abilene group “more of the same” was a solution that would have adequately satisfied their individual and collective desires.

3. Organization members fail to accurately communicate their desires and/or beliefs to one another. In fact, they do just the opposite and thereby lead one another into misperceiving the collective reality. Each member of the Abilene group, for example, communicated inaccurate data to other members of the organization. The data, in effect, said, “Yeah, it’s a great idea. Let’s go to Abilene, ” when in reality members of the organization individually and collectively preferred to stay in Coleman.

4. With such invalid and inaccurate information, organization members make collective decisions that lead them to take actions contrary to what they want to do, and thereby arrive at results that are counterproductive to the organization’s intent and purposes. Thus, the Abilene group went to Abilene when it preferred to do something else.

5. As a result of taking actions that are counterproductive, organization members experience frustration, anger, irritation, and dissatisfaction with their organization. Consequently, they form subgroups with trusted acquaintances and blame other subgroups for the organization’s dilemma. Frequently, they also blame authority figures and one another. Such phenomena were illustrated in the Abilene group by the “culprit” argument that occurred when we had returned to the comfort of the fan.

6. Finally, if organization members do not deal with the generic issue — the inability to manage agreement —the cycle repeats itself with greater intensity. The Abilene group, for a variety of reasons, the most important of which was that it became conscious of the process, did not reach that point. (Page 4) [7]

It is important to remember that while the Abilene Paradox is applicable to a variety of different situations Harvey oriented towards business management.  Due to the fact that at the time he was a professor of management science. The underlying pattern of sub-symptoms stems from faulty assumptions and a  lack of clear and honest communication. These deficits enable the paradox to occur often leading to pathologic group dynamics until resolution has been reached. The irony is an attempt to circumvent conflict resulting in fracturing and finger-pointing. At the heart of all of the internal frustration is the unfulfilled wish that someone articulated their concerns sooner.

On a  deeper level, the paradox examples our deep longing to fostering and maintain relationships. Connections ranging from friendships to professional relationships.  Even the bitter hermit hopes for sincere companionship. Aristotle,  the renown classical philosopher, pontificated upon the virtues of friendship. Connecting with other people has proven itself to be an enduring human yearning. Even the sterile confines of a corporate boardroom can relinquish the pursuit of peer approval. Circling back to the previously quoted Japanese proverb, it may yield shoddy advice in the realm of decision making, but provides great insight into the human condition. Being  “nailed down” is being ridiculed by our peers. Being “nailed down” is being ostracized for expressing an unpopular opinion. No one wants to be the thrid-wheel or the weirdo. Despite any defense mechanism utilized to combat being maligned by your peers, it is merely a means to cope. Not a reflection of reality. Smoke and mirrors.

One is tempted to say that the core of the paradox lies in the individual’s fear of the unknown. Actually, we do not fear what is unknown, but we are afraid of things we do know about. What do we know about that frightens us into such apparently inexplicable organizational behavior? Separation, alienation, and loneliness are things we do know about —and fear. Both research and experience indicate that ostracism is one of the most powerful punishments that can be devised. Solitary confinement does not draw its coercive strength from physical deprivation. The evidence is overwhelming that we have a fundamental need to be connected, engaged, and related and a reciprocal need not to be separated or alone. Everyone of us, though, has experienced aloneness. From the time the umbilical cord was cut, we have experienced the real anguish of separation —broken friendships, divorces, deaths, and exclusions. C. P. Snow vividly described the tragic interplay between loneliness and connection (Pages 9-10) [8].

The Road to Hell is Paved with Good Intentions:

Our intentions and outcomes are independent of one another and it is a cumbersome reality to come to terms with. Even actions with the most beneficent of intentions can yield heinously awful results. For instance, U.S. military officials thought it would be a really keen idea to oust Saddam Hussein out of power in Bagdad. The idea of freeing a constituency from decades of tyranny seems superficially Nobel. However, the region never became stable to sustain a democracy resulting in a power vacuum. Creating an opportunity for any gang, terrorist cell, or tribe bloodthirst enough to go the extra mile to seize power. Despite anyone’s intentions or motives, it was a complete disaster. Tax dollars squandered and lives expended for a failed socio-politico experiment. While  I am not a full-on consequentialist,  I still believe that outcomes are morally imperative in the decision-making process. Ignorance does not excuse any externalities incurred especially when it comes to the loss of life.

While a road trip to an abominable cafeteria may seem like a frivolous example of bad decision-making it merely the allegory for a grander concept. It is the applicability of the story that makes it important. Professor Harvey even demonstrates how the paradox was applicable to the Watergate Scandal [9].  The scandal in the eyes of many Americans compromised the presidency in an irreversible fashion. Meaning that it eroded the trust in arguably the most powerful decision-maker in the free world. While institutional transparency is important it is eclipsed by the decision of going to war. The stakes are much higher!  The lives of your constituents are on the line. The circumstances precipitating such a decision need be beyond justified,  due to the levity of the consequences. The true tragedy becomes when someone in Congress votes for a war that none of his constituents wanted (a conflict he even had reservations about entering) and then his constituents vocally support the war to appear patriotic. The Abilene Paradox can apply to decisions ranging from going to war or something as mundane as where to grab some dinner.

View all posts by invertedlogicblog

This site uses Akismet to reduce spam. Learn how your comment data is processed.

This is a text widget, which allows you to add text or HTML to your sidebar. You can use them to display text, links, images, HTML, or a combination of these. Edit them in the Widget section of the Customizer.
Loading Comments...
%d bloggers like this: